Teach Coding with the BBC micro:bit 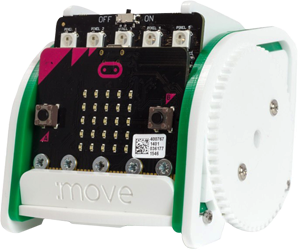 Teach coding with the BBC micro:bit
For some students (and teachers) coding can be daunting, but the BBC micro:bit is a powerful handheld, fully programmable computer designed to be classroom-friendly from day one. Spiritual successor to the BBC Micro of the 1980s (which itself introduced a generation of children to computing) the BBC micro:bit carries on this 30 year tradition doing it 18 times faster on a scale 70 times smaller than its predecessor. 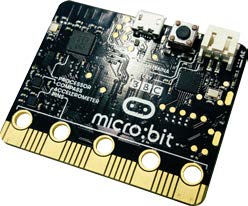 How does it work?
No software is required - code can be prepared using one of the simple block editors provided on the BBC micro:bit website, or using JavaScript, Python, Scratch or Microsoft’s Touch Develop. There are also free apps for Apple and Android devices. The program is compiled using your preferred editor and then transferred wirelessly or via USB directly onto your BBC micro:bit. It couldn’t be more simple. 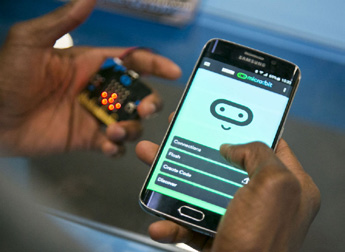 What can it do?
Featuring a matrix of 25 individually programmable LEDs, two integrated push buttons and a range of motion and environment sensors, the device makes a great introduction to the world of programmable components. The large main I/O rings are easy to connect to with crocodile clips or conductive thread. These can be used as outputs to control LEDs, motors and much more, as well as connections for external sensors and switches. More than 200 different activities and resources are available, from simple experiments to creative coding challenges.

The BBC micro:bit is the ideal way to get students engaged and actively involved in writing software and building new things that will be controlled by it. Wireless, Bluetooth Low Energy technology makes it simple to connect to mobile phones and tablets, take a selfie or drive the music playlists. All of this in a device only 5cm wide! 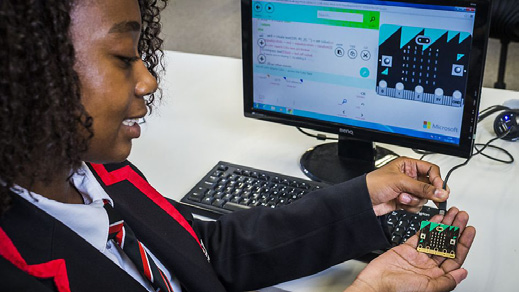 These skills will be vital for so many jobs in the future, and it’s great to see that the BBC micro:bit has shown young people there’s no need to be daunted. Sinead Rocks, BBC Director, Education

Students have enormous enthusiasm for the micro:bit. The BBC have released figures stating that 88% agree that the BBC micro:bit helped them to see that coding isn’t as difficult as they thought it was, and that half of teachers who’ve used the micro:bit now feel more confident teaching coding. 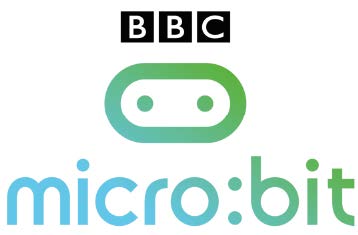 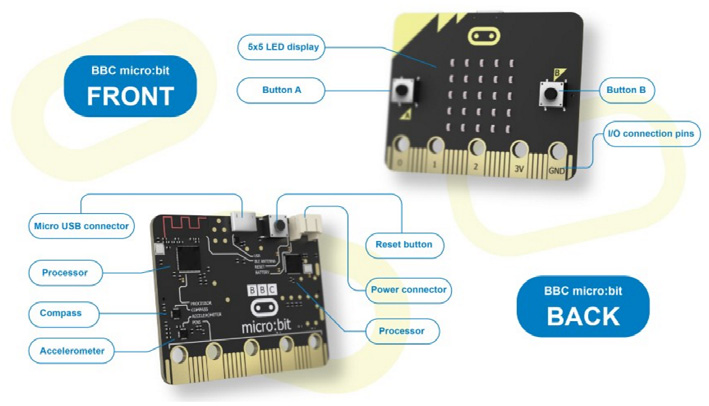